“When one door closes, another opens.”

We’ve all heard this saying, or something like it, before. Maybe one of your parents said it to you when you missed out on an opportunity at school–didn’t make a championship game, didn’t get the role you wanted in the play, or didn’t receive the scholarship you worked hard to get. They assured you that if you keep trying, you’ll find the right “door” for you. Or maybe when you didn’t get a job you really wanted, a friend consoled you with the phrase, letting you know that while this opportunity didn’t work out, the rejection could lead you to something even better.

Your parent or your friend might have been right: getting that proverbial door slammed in your face could have forced another door open for you to walk through–maybe a door you didn’t even know was there.

This advice is well-meaning. Looking for silver linings in rejection and failure can be a helpful self-preservation technique. But ultimately this kind of advice may have you missing the obvious rainstorm in front of you. It’s true, if you hear “no” again and again 15 times, you may hear “yes” on that 16th try, but what are you sacrificing by living with all that rejection? You may just have a bad idea, or be pursuing it in the wrong way.

You could be missing out on the idea or approach that would have gotten a “yes” on the first try.

This continual focus on the next or additional opportunity is a close cousin to the “failure is not an option” and “grit it out” approach to leadership. We’re taught to persevere in spite of long-odds, and those who work hard succeed despite occasional failures. If we only can withstand and workaround the closed doors in front of us, we’ll finally find the open one to walk through.

This approach might have sometimes worked in the past, but as I discussed in my last post [link], the modern workforce requires a different kind of leadership. We no longer have the luxury of a straight-forward career path, and shifting work expectations and generational shifts in leadership require us to re-think commonly held tropes for what it means to be successful.

Prior to working at the Caesars Foundation, I was a development professional at several nonprofits throughout the greater Louisville area. One year, I wanted to plan a new type of fundraiser, confident it would net us more donations and better engagement with donors. I conducted some listening sessions with key stakeholders and put together what I thought was a solid proposal. I presented it to my Executive Director, confident I’d get a “yes.”

When I heard that “no” instead, I was disappointed, frustrated, and simply confused. I had brought a great new idea to the table. What was going on?

I could have tried to plow my way to make this happen, but instead I decided to “shelf it” and move on to something else.

That year, our traditional fundraiser brought in more money than the prior years – and not by a little. Through this experience, I learned that I have lots of ideas, but not all are needed, beneficial, or practical. I could have seen this as a “closed door,” and looked for another to open, but it was simply just a “bad idea.” As leaders, it is our role to decide which of these ideas are actually worth pursuing.

Instead of trying to bang down every door in front of you, what should you do instead?

● Give yourself a deadline. If you don’t get traction on what you are trying to do, move on. Make sure this isn’t a far away deadline–saying you’ll pursue it for a year or more is just too long of a timeframe to know if this is the path you should be taking. I’ve found that around three months is enough time to see if what you want to achieve is resonating with others. If you don’t see any movement after three months–put it on the mental shelf to revisit at some point. Or, put it in the mental trash bin and move on.

Side note: if you read “three months” and think that’s way too short of an amount of time to achieve anything substantial, you may be thinking too big. As I said in my last piece [link], you may need to narrow your scope and look at the components you want to achieve. Chunking things out in this way can help you avoid future closed doors that may be coming your way.

● Give permission to your peers to provide feedback. Get a group of people that can help you poke holes in your ideas. Give them the permission to give you real, honest feedback on what you are trying to achieve. I recommend gathering together a peer group from across your community or industry who understand what you are trying to do, have some background in your body of work, and level-set so they know they should be as honest as possible.

It’s easy to bring together a group of people in a regular way to talk about your business or your work, but this group needs to be set up with explicit “rules of engagement”, so to speak. My scholarship is focused on “explicit” vs. “implicit” succession planning, and I’ve seen that explicitly stating goals can be the difference between productive, constructive conversations and weak advice that doesn’t help at all. Without explicitly stating what we want, we risk people softening their responses and giving those “mom” answers that help our pride rather than our results.

● Put your idea on a shelf. It’s not going to go anywhere. This may not be the best time for it, and you may gain the perspective you need to make it better with some time. Or you may gain connections or other resources to help you actually implement it. Maybe, years later, you are presented with an opportunity that fits this idea perfectly. Or, maybe you won’t and it just continues to sit there on the shelf. Nothing wrong with that, either.

These may seem like easy things to do, but, to use another old saying, they are easier said than done. The hard part is actually doing it, and sticking to it. Anyone can commit to a timeframe on goals and engage in feedback with their peers, but actually following through on these commitments and changing course based on critical feedback takes a strong sense of purpose and self-reflection.

All of this advice may seem overly harsh, but the reality is we as leaders will not have exclusively good ideas. You will have lots of ideas in your life, and you should work to find the best one for you and what you want to achieve. Not every idea has to be a good idea but recognizing the difference between what is good and what is bad is what makes a great leader. And you can be a great leader.

July 27, 2022 46
The Next Generation of Leadership with Josh Kornberg A LIFE IN PROGRESS: WHAT THE MIND IS BOMBARDED WITH, THE MIND WILL ACCEPT 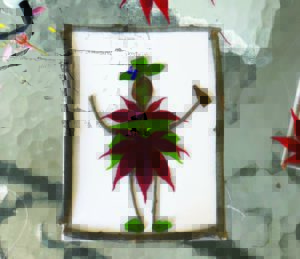 COVID HAVE YOU DOWN? BLESSINGS ABOUND WHEN YOU GET CRAFTING 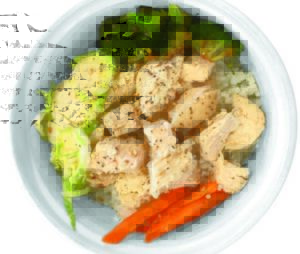